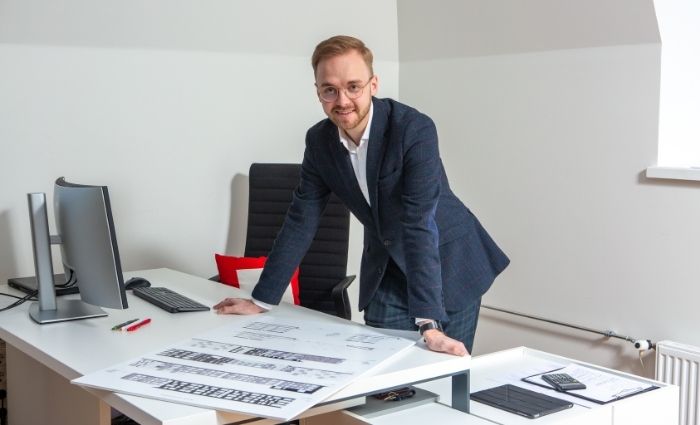 Last year, the real estate developer Arco Vara earned twice the profit of the previous year and secured the future for the coming years with several activities. “All of Arco Vara’s development projects are still in progress, and the establishment of its own construction company and the prudent operation of procuring construction materials will provide certainty for the future,” said Miko Niinemäe, CEO of Arco Vara.

The head of the company, Miko Niinemäe, pointed out that Arco Vara was able to secure more than 40,000 m2 of new development volumes last year, which will create a strong foundation for the company for the next five years. “We met our goals with both a successful share issue and the sales volumes of objects under construction. In addition, in light of the war-related risks, Arco Vara has not suspended any development projects. We will continue to supply and build homes, seeing that there is less supply than demand, regardless of what is happening in Ukraine,” added Niinemäe.

The sale process of Rannakalda had already begun at the time of publishing the annual report, and 30% of the total number of apartments has already been pre-sold or booked. “The construction partner of the project has been able to guarantee important deliveries, thanks to which the completion of the buildings is on schedule and the handover of the houses will start within two months,” the head of the company promised.

The key issue will be the supply of construction materials

According to Miko Niinemäe, this year is characterized by the risk of higher construction prices and inflation. “The first can be controlled by the efficient operation of the Arco Tarc team, which is largely dependent on reaching good agreements with material suppliers. In order to mitigate the risk of inflation, in the case of homes sold for a long time, we exercise the right to slightly increase the selling price of real estate upon reaching certain values ​​of the consumer price index.”

According to Niinemäe, the impact of the Ukrainian war on the building materials and labor markets is currently not reliably predictable. “For the first time in decades, the difficulty of supplying materials is seen as one of the biggest business risks for a developer,” he said. According to Niinemäe, Arco Vara has purchased a considerable amount of the steel needed for construction in its ongoing projects. “We also have our keen eye on the prices and availability of other materials,” confirmed Niinemäe.

The market for private homes is booming in Bulgaria

Development activities in the Bulgarian real estate market continue. In 2021, Arco Vara relaunched the frozen Botanica Lozen development project near Sofia in Bulgaria. Instead of the previously planned apartment buildings, single-family houses will be built on the properties, as the demand for private houses has grown significantly around the city of Sofia. According to Miko Niinemäe, local people are very interested in Botanica Lozen Residences. “We have started making pre-reservations, but we plan to reach a pre-sale agreement after signing the construction agreement in order to avoid selling homes at a loss. The start of construction is planned for the third quarter of this year, ”he added.

In Bulgaria, there is still a strong interest in private homes and more and more developers are entering this market segment.