Arco Vara showed a strong performance in the third quarter 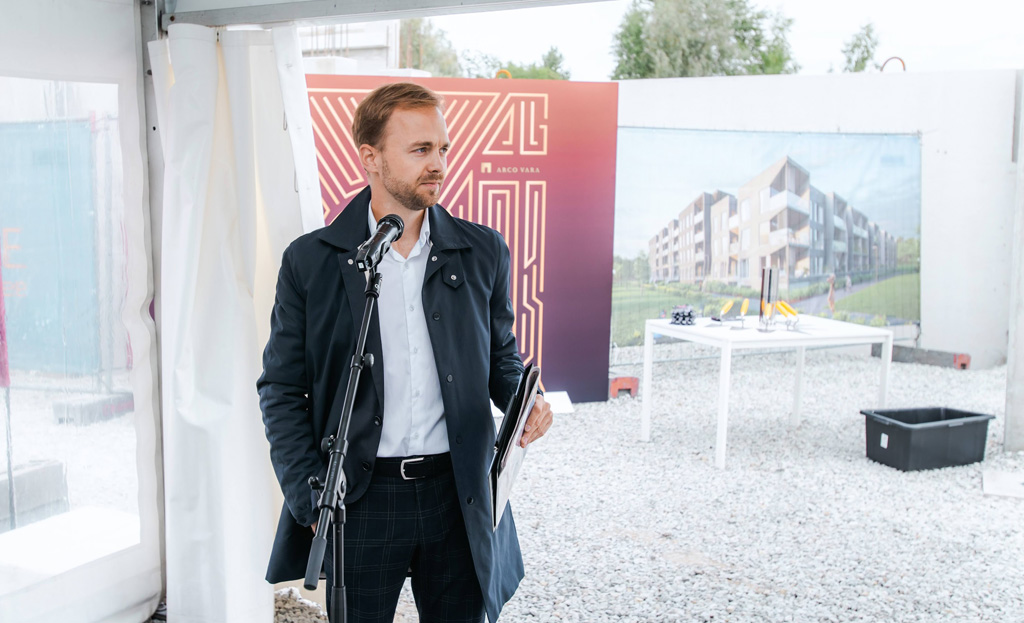 Residential real estate developer Arco Vara increased both sales revenue and profit in the third quarter compared to the last year. “Even though the real estate market is showing signs of cooling, our apartment sales have continued according to the agreements, and there has been no backing down from the pre-sales either,” confirmed Miko Niinemäe, the CEO of Arco Vara.

According to Miko Niinemäe, the CEO of Arco Vara, the fact that there are fewer requests for new developments, indicates that the market is cooling down. “We can also notice it from our Kodulahe Rannakalda’s stage, which is currently under construction. Nevertheless, as of today, no customers have withdrawn from their contracts, and approximately 35% of the building has been pre-sold. The Arco Tarc team continues with the construction of Kodulahe Rannakalda, and works are on schedule both in terms of construction speed and budget,” confirmed Niinemäe.

Last quarter confirmed that Arco Vara can expand the Kodulahe residential area that is being built in the Merimetsa settlement. A detailed plan for the construction of up to 6,500 square meters was initiated on the Soodi 6 property, and a subsidiary Kodulahe OÜ won the Lammi 6 auction of state land, acquiring another approximately 1.5 hectares of land.

The last quarter of the year also began with good news. “The Tallinn City Government initiated a detailed spatial plan, according to which a new ​​Arcojärve residential area will be built next to Lake Harku. It is a unique location, with both a forest and a lakeshore right next to the future home. Finding and developing special localities is one of our trademarks. Our wish is always to add value to a beautiful living environment. The same applies to Arcojärve, where our plan includes building a new beach house, sports venues, and playgrounds. The cycle path through the beach area will also be fixed, lighting and benches will be added,” promised Niinemäe.

There have been are also developments in Arco Vara’s other market – Bulgaria. “The development of Botanica Lozen Residences private houses received a building permit in the third quarter, and although our initial goal was to start with the construction within the same quarter, it was a bit delayed. However, very soon, we will be able to please investors with good news in this area as well.”

According to Miko Niinemäe, in today’s economic environment, homebuyers’ doubts about the future can be felt. “For sure, the media plays a role in this, as possible dramatic scenarios are in the focus. However, real estate development requires a long-term plan, and construction activities will not stop. The Arco Vara team must continue to grow to reach the 2026 goal of developing at least 200 apartments every year.”