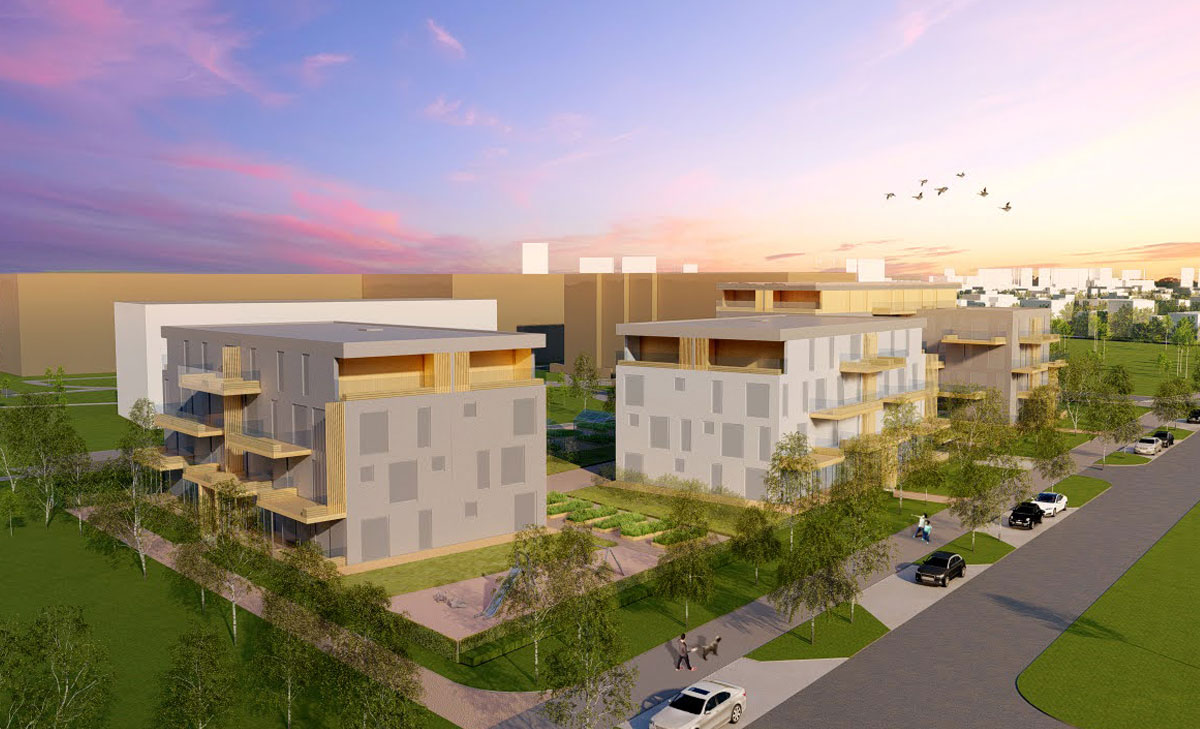 The Tallinn City Government initiated a detailed spatial plan, which if approved, will give permission to Arco Vara to start developing the next Kodulahe stage. “At the moment, it seems that buyers’ interest is higher for the developments that have already been partially built, compared to the projects being built in completely empty areas,” said Miko Niinemäe, the CEO of Arco Vara.

Arco Vara plans to build the next stage of the Kodulahe quarter, consisting of 3 apartment buildings, located on the Soodi 6 property near Stroom beach in Merimetsa. “The building located further toward Paldiski road will be 5-story, and houses on the seaside will remain 4-story. We are still sticking to our principle, that a high-quality living environment is more important than the construction volumes: in the new stage, there will be about 75 apartments, so on average only 25 apartments in one building,” explained Miko Niinemäe.

In addition, a green area with a playground will be developed on the southern side of the property. “The area between the buildings is planned to be car-free, there is an underground parking lot for the residents, and guests can park on the side of the street,” said Niinemäe.

According to the agreement with the city of Tallinn, Arco Vara will use its own resources to extend a public road, coming from the Paldiski road and passing the G4S building, by nearly 200 meters. In addition to that, within the development of the quarter, the public cycle path along the Soodi 6 property will also be extended by approximately 150 meters.

“During the earlier stages of Kodulahe, Arco Vara has already built Soodi street and the cycle path along that, in addition to doing the landscaping, lighting, and rainwater drainage,” described Niinemäe. The developer has planned to invest nearly 20 million euros into the new stage.

While commenting on the general real estate and construction market, the CEO of Arco Vara finds that developers are currently holding back in starting new projects. “At the same time, it has been noted that the interest from home buyers has not disappeared. Rather, it can be seen that areas with already developed infrastructure, such as Kodulahe or Noblessner, continue to attract new customers,” commented Niinemäe.

The construction of Soodi 6 buildings is planned to begin in 2024 and be completed in 2025. According to Niinemäe, everything depends on the processing of the detailed spatial plan and building permits, and it is difficult to predict the process of these at the moment. “However, in terms of construction, we are more confident because our subsidiary Arco Tarc is planned to be again the main contractor on this site, so that we do not depend too much on external factors.”