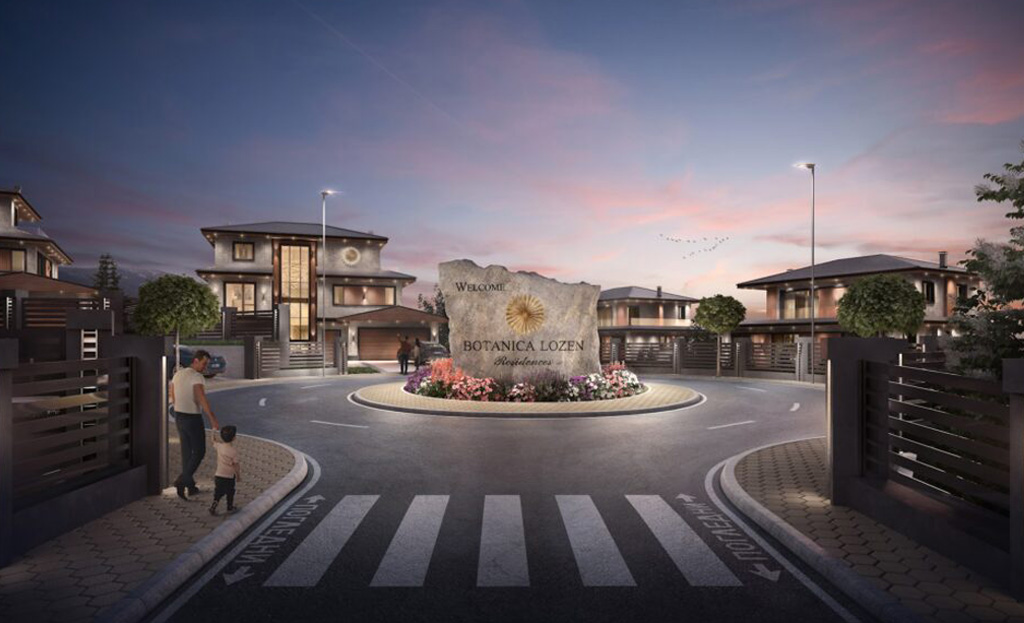 Arco Vara has signed a construction contract with the branch of Strabag, a well-known Austrian construction company, for the development of the Botanica Lozen residential project’s first stage. Construction works will begin already in November.

Strabag EAD, the main contractor that won the Botanica Lozen construction procurement, has been involved in the development of major Bulgarian projects, including Sofia International Airport and Mega Mall Sofia. “In selecting the general contractor, the offered price and payment terms were leading factors, but Strabag EAD’s extensive experience and strong international brand gave it an advantage over its competitors,” said Kaloyan Radosslavov, the Executive Manager of Arco Vara’s Bulgarian subsidiary.

According to him, the situation in the Bulgarian construction market is similar to what is happening elsewhere in Europe. “Inflation remains high, although we see that some peaks have already been reached and prices – for some construction materials, natural gas, and gasoline – have started to stabilize or even fall.”

He confirms that the demand for real estate remains at a high level. “In terms of prices, we expect these to become more equal after the big rise that occurred. In the second quarter of this year, housing prices increased by about 13% compared to last year, and in our capital Sofia, the increase was even higher – 17%.”

He added, that the continuing demand from homebuyers is also supported by the fact that employment has stayed relatively high. “The unemployment rate in 2022 in Bulgaria is around 4.5% and in 2023, it is predicted to decrease to 4.2%. And although banks are becoming more conservative when it comes to giving out new home loans, they are still very liquid. All in all, the market for private residences in Bulgaria, especially around the capital, is still hot.”

Miko Niinemäe, the CEO of Arco Vara, said that Botanica Lozen has great potential in the Bulgarian private housing market. “The Botanica Lozen development is located near Sofia, the capital of Bulgaria, in a very beautiful and natural environment, within only a 15-minute car drive from the city center.”

According to him, this is a significant project that will breathe life into Arco Vara’s residential real estate development market in Bulgaria. “The focus of the local team there is, similarly to the Estonian one, to develop living environments where we would like to live ourselves. I believe, that the private residences of Botanica Lozen absolutely fulfill this criterion.”

Niinemäe confirmed that the pre-sale of the first stage of Botanica Lozen has already begun, and the start of the second stage’s sale depends on the sales pace of the first one. 54 single family homes in this development will be completed in three phases. 16 houses are planned to be built both in the first and second phases, and 22 in the third phase. In the first phase, houses will have either two or three floors.

Kaloyan Radosslavov, Executive Manager of Arco Vara’s Bulgarian subsidiary, said that the houses in Botanica Lozen have 5 or 4 bedrooms, depending on the size of the house, and in addition to a spacious living room and kitchen, all houses have at least one wardrobe and storage space. There is also a room where a home office can be set up. The buyer of the home gets ownership of the plot surrounding the house.

Construction of the Botanica Lozen’s first phase will begin in a few weeks and is scheduled to be completed in the first quarter of 2024.